Roots of The Region
The Woodland Cree, the Anishinabe, and the Innu were the first people to live in this region. They depended on the animals, plants and rivers. French and English fur traders came into the Canadian Shield region to trade with the First Nations. They set up Trading Posts, and many of these trading posts later became larger communities. The waterways made travel possible for First Nations people, the Metis, explorers and traders. French and English explorers came to the region and mapped the many rivers, lakes and bays. 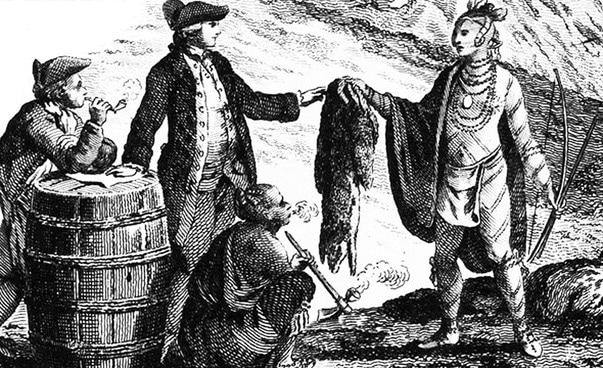 The Fur Trade had a tremendous impact on the roots of this region! Even today it is still an industry in the Canadian Shield. 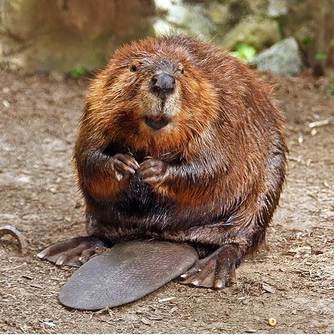 The First Jobs In the Canadian Shield
The fur trade was an important industry for over 200 years in this region, it is a large part of why people came here in the first place (that, and trying to map North America and find routes from one ocean to the other). The fur trade did so well here because:
​
1) abundant forests, rivers and lakes were home to many fur-bearing animals
2) cold winters meant animals grew thick fur coats
3) beavers built dams and lived in one place, making it easy to catch them
4) waterways provided ways for trappers and traders to travel

The North West Company
Was created in the 1780's by a group of Scottish and Montreal businessmen - they wanted to compete with the Hudson's Bay Company. They hired men called Voyageurs to work for them (voyageurs traveled by canoe, and worked for the fur trading companies). While the Hudson's Bay Company was trading with the First Nations people near Hudson's Bay - The North West Company was trying to reach the First Nations people near Lake Superior and trade with them first!
Natural Resources / Industries in the Canadian Shield Region today:

1) Furs - from fur bearing animals (hunting and trapping is still a large industry).
2) Minerals - this makes a lot of sense because the Shield is solid rock. Canadians extract copper, gold, nickel , zinc and lead from this area. Mining is the connected industry.

3) Rivers and waterways: this leads to the industry of - Hydro Electricity  -  there are many rivers in this area, a great deal of electricity is generated for Canadians as well as for our neighbors the U.S.A.

4) Forests - There are numerous forests in this region, which leads to the Forestry  industry. Many are fir, pine and spruce trees.

5) The Beauty of the Region (this is a resource in a sense) which of course leads to the industry of: Tourism. There is the rugged beauty of the trees, lakes, rivers, rapids and valleys, and this leads to recreation and tourism.  Many foreigners view Canada as a place to get back to nature -  to get away from the hustle and bustle of the city.  And it is!